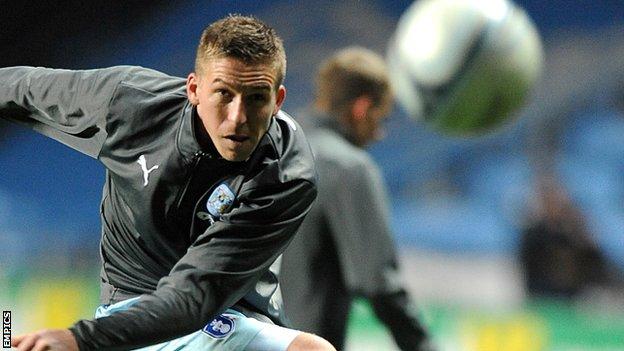 Southend United striker Freddy Eastwood says he is desperate to secure a second play-off final win with the Shrimpers, but this time at Wembley.

Eastwood won the League Two play-offs at the Millennium Stadium in 2005 during his first spell with the club.

"One thing I've certainly been thinking about the last year or two is that I'd love to play at Wembley before my career ends," he told BBC Essex.

"Hopefully this is my chance to play at Wembley," added the 28-year-old.

"I'm sure all the boys want to play there."

Eastwood, who made his Football League debut for Southend, helped the club to back-to-back promotions from League Two to the Championship between 2005 and 2006 and memorably scored a penalty against Northampton that edged the Shrimpers to Cardiff seven years ago.

He left Roots Hall following the team's downward spiral back to the fourth tier but departed with an impressive record of 54 goals in 117 league games.

And now he is back in Essex - courtesy of a loan move from parent club Coventry City - and hopes to recreate history, starting with the upcoming semi-final against Crewe.

"I had some good times here before. I had a double promotion in two years and hopefully this can be the third," he said.

"At the time of the League Two semi-final play-off against Northampton, I think we were favourites to win the game.

"We were in good form and they made it very hard work for us. We had the luck on the night and went through.

"We went to the Millennium and did well but we also got beat in the Football League Trophy there. Hopefully this year we go to Wembley and get a trophy again."