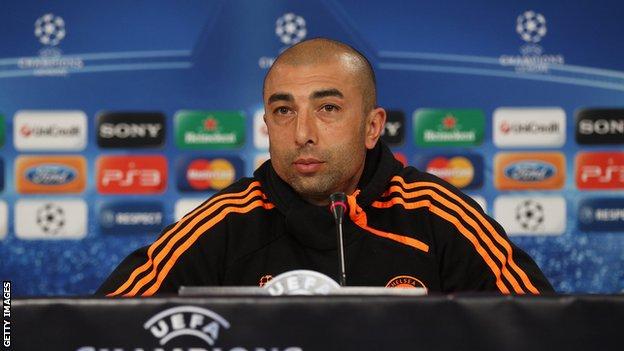 Chelsea chief executive Ron Gourlay insists a decision on Roberto di Matteo's future will not be made until after the Champions League final.

It has been reported that the Chelsea manager fears he has not done enough to earn the job on a full-time basis, even if the Blues become European champions.

The Munich final on 19 May could also be Didier Drogba's last Chelsea game.

The Italian, who was handed the job on an interim basis following the sacking of Andre Villas-Boas in March, was forced to defend his team selection after the Blues lost 4-1 to end hopes of a top four finish.

But Gourlay has reassured the former West Brom boss that the Chelsea hierarchy are yet to make their minds up on the manager's position.

"The club said from day one when he came in as interim manager that we would assess things at the end of the season," said Gourlay, who was speaking at the official launch of Chelsea's partnership with the Sauber Formula 1 team. "We've not changed our approach.

"Robbie is completely on board with that and the last person who's going to put any pressure on the team at this stage is me."

Di Matteo, a former Chelsea player, had been assistant manager to Villas-Boas and has gone on to lead the Blues to their fourth FA Cup in six years while defying the odds to dump Barcelona out of the Champions League semi-finals.

But before facing Bayern Munich in the final, Chelsea finish their league campaign at home to Blackburn on Sunday knowing they are destined for sixth place, their lowest league finish since Roman Abramovich took over the Stamford Bridge club in 2003. 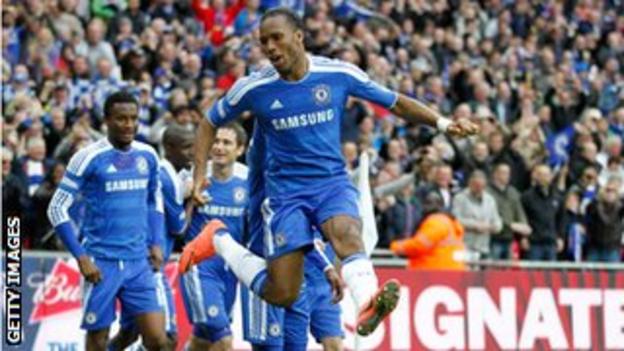 Gourlay refused to be drawn on whether Di Matteo was a candidate to succeed Villas-Boas full-time and was also tight-lipped on the possibility of reaching an agreement with Drogba.

The 34-year-old rejected a one-year extension in December, saying he wanted another two years.

"We continue to discuss with Didier the situation," Gourlay added. "Didier loves this football club, we love Didier, and we'll continue to have the conversations.

"Didier and the rest of the team are completely focused on what we've got to achieve in the next week and, once that's finished, we'll sit down."

Drogba became the first player to score in four FA Cup finals when he scored against Liverpool on Saturday.

The Ivory Coast international has scored 156 goals in 340 games for Chelsea since making a £24m move from Marseille.