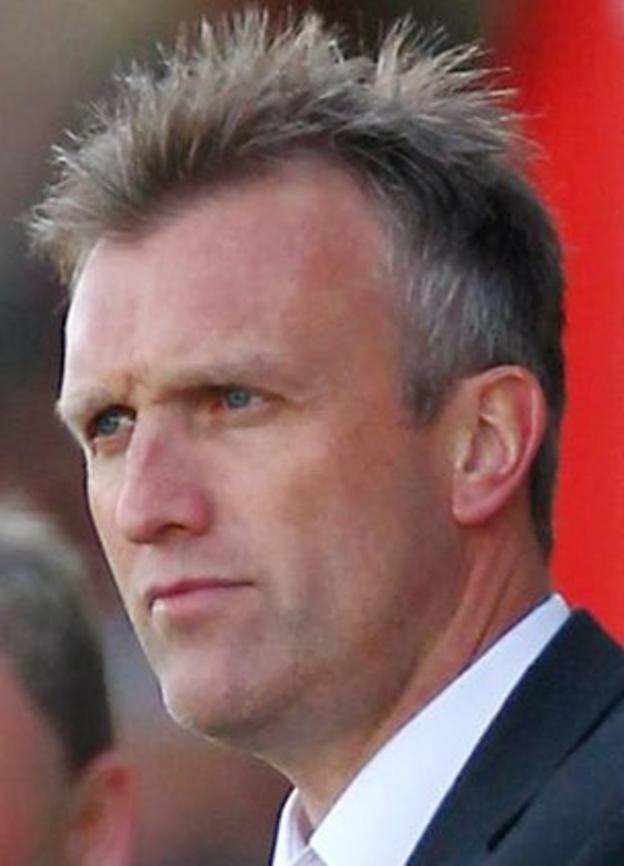 Crewe Alexandra boss Steve Davis will send out his team for Saturday's League Two play-off semi-final clash against Southend United insisting that the key requirement is to stay in the tie.

"It's important to stay in the game," he told BBC Radio Stoke.

"You want to try to win it, but it's over two legs. Really you just want to remain in it and keep things tight.

"I remember Morecambe losing 6-0 to Dagenham & Redbridge two seasons ago and that was the tie over."

Davis's side meet the Shrimpers - ironically, the last team to beat the Alex on 18 February - on the back of a season-turning 16-match unbeaten run.

And Davis admitted that it was the lure of making the play-offs that has proved such an inspiration to his side over the past three months.

"It gave us something to go for," he said. "We kept talking about the run we had to go on and we managed to do it. It's been a magnificent effort all round.

"I wasn't a big fan of the play-offs at first, all those years ago when I was at Burnley and we got knocked out by Torquay, who had finished 21 points behind us.

"But, as the years have gone on, I've had to change my mind. It keeps the middle section of the league going. It keeps it exciting for the fans. And it gives the players a challenge."

Crewe were 12th in League Two when they lost 1-0 to a Bilel Mohsni strike at Roots Hall three months ago, five points behind seventh-placed Oxford United.

But they came through to steal seventh, finishing two points clear of Gillingham, and four clear of eighth-placed Oxford.

"We gradually caught those teams," said Davis. "Even our own supporters wrote us off early in the season, but we proved them wrong and we've still got something left.

"It's all a bit of a media circus now, but we want that attention. The players should excel in it, not be afraid of it."

Davis warned, however, that despite the seven wins and nine draws they have racked up since that defeat at Roots Hall, it will count for nothing if they do not get the breaks over the next two matches.

"Momentum is good," added Davis. "And there's no doubt we've been on a good run, but you can rule that out when you get into the play-offs.

"It's all about what you do over the two games and getting that bit of luck you need."

Southend were top of League Two on 18 February when defender Mohsni hit his third goal in this season's two games against Crewe to complete the double over the Alex.

The Shrimpers then fell away, losing five of their next 10 matches, to narrowly miss out on the third automatic place by just a point to Crawley.

But their form has picked up ominously over their last five games, in which they have won four, drawn one, scored nine - and kept five successive clean sheets.

"They're in a decent run of form, like we are," agreed Davis. "But, although you can plan for a team you've watched, you don't know what they're going to do until the night.

"It's more about how we approach it, coping mentally. And this group of players don't really play with fear.

"They maybe looked a bit tense last week against Aldershot but now they've got there, they're feeling quite relaxed.

"You don't want to disappoint anybody. You want to go out and perform and not let anybody down and hope that their best is good enough.

"It's a case of trying to get a balance between creating too many chances and not letting them have too many."