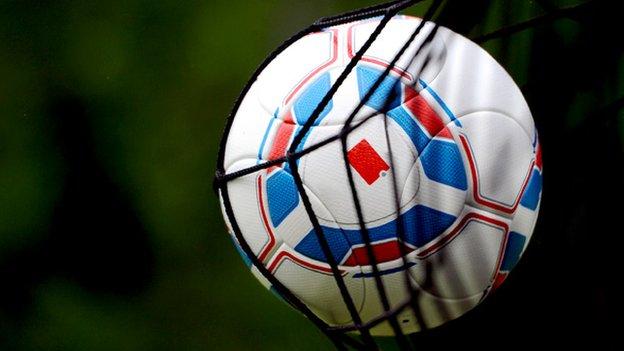 The Blue Square Bet South play-off final will be an all-Kent affair on Sunday, when Dartford play host to Welling United.

A sell-out crowd of 4,000 is expected at Princes Park.

Welling player-manager Jamie Day added: "We're slight underdogs I think. We need to silence the 3,000 fans that are going to be from Dartford."

Both league meetings between the two sides this season were tight games, with a 1-1 draw at Welling's Park View Road on Boxing Day, followed by a 1-0 win for Dartford in the reverse fixture a week later.

Dartford, 3-1 aggregate victors over Basingstoke in the semi-finals, will have home advantage in the final after they ended the regular campaign second in the table.

And Burman, who targeted a play-off finish in the first month of the season, is eagerly anticipating the game but has warned his players to keep their focus.

"The players have got to enjoy the experiences and not let it pass us by. These things don't come around too often.

"They've got to remember all the good things from the 42 games that got us to second in the table. You've got to go on the field and have no regrets when you come off it.

"You need to hold your nerve and keep your discipline."

Welling, who finished one place but seven points behind Dartford in the table, progressed to the final with a 2-1 victory over Sutton United in their semi-final tie.

Day, who is due to hang up his boots at the end of the season, wants his side to enjoy the occasion.

"Most of these boys won't have played in front of a bigger crowd than this and we need to savour the day," he told BBC Radio Kent.

"Dartford are a big, strong, direct side who can play a bit as well but this is the best squad we've had since I've been here and we've got a great team spirit.

"We know only one team will win. We've got enough quality, if we turn up and play well, to have a game on our hands."