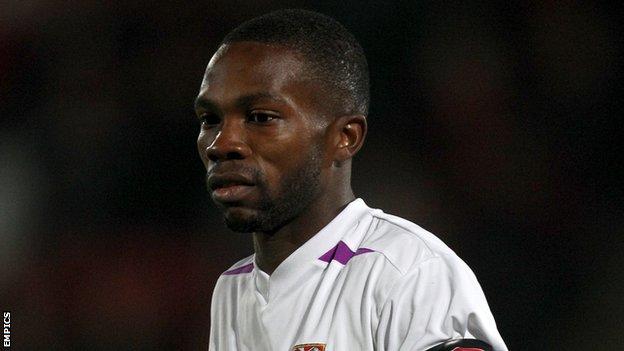 Barnet winger Mark Marshall has been given a two-year suspension after failing a drugs test in December.

He tested positive for the stimulant methylhexaneamine following the League Two match against Dagenham & Redbridge.

The 25-year-old has not played since 14 January after he was given a provisional ban.

A statement from the FA said: "Mark Marshall has been suspended by an Independent Regulatory Commission from all football activity for two years."

The former Swindon player "will be looking towards launching an appeal" against the decision, according to the club's official website.

His two-year suspension dates back to the start of his provisional ban from 20 January.

Marshall joined the Bees from Swindon in July 2010 and scored three goals this season.