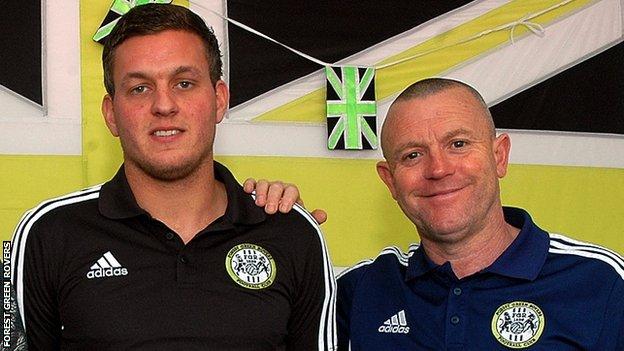 Wright scored 17 league goals this season including the first in a 2-0 win over Forest Green at the New Lawn.

"The ambition at this club is something that should attract every player at this level," the 23-year-old said.

"If you want to push on in your career you have to always try and better yourself and coming to Forest Green is bettering myself."

Wright is Rovers' third attacking signing following the capture of Magno Vieira from Fleetwood and Phil Marsh from Stalybridge Celtic.

"No distrespect to Braintree, but I think Forest Green have a lot more ambition - and I have the ambition to play in the Football League again," he told BBC Gloucestershire.

Wright revealed that Braintree had offered him a new deal to stay but he turned it down to link up with Dave Hockaday's Rovers side.

"I had the offer from Braintree as well as another two," he added.

"But I've been speaking to Dave for quite a while and I don't think there are many clubs with better ambitions so it was an easy move for me."