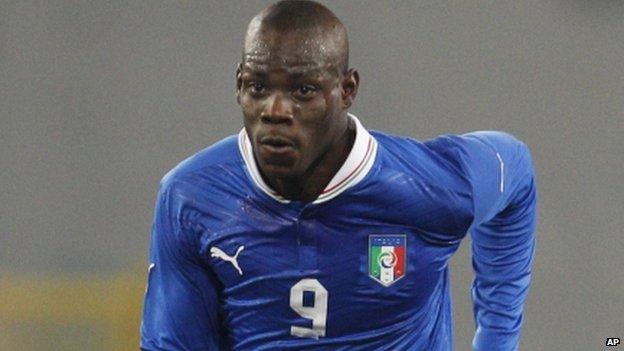 The 21-year-old was left out of the national squad in February after Italy manager Cesare Prandelli deemed his stamp on Tottenham's Scott Parker during a Premier League clash a "breach of team ethics."

His dismissal against Arsenal last month put his place in further doubt.

But Balotelli has been picked on the day City won the Premier League title.

The controversial Italian came on as substitute in the 3-2 victory over QPR, laying on Sergio Aguero's decisive injury-time goal.

Balotelli has often courted more attention for his off the field antics rather than the brilliance of his play, but Prandelli says the striker was never out of contention.

"I never really thought of doing this without Balotelli, as he is a focal point of the national team," Prandelli said.

"Have I made peace with Balotelli? Yes, although to be honest we never argued in the first place."

Italy face a tough group at Euro 2012, with matches against world and defending European champions Spain, Ireland and Croatia.

The squad is expected to be trimmed to 23 players later this week.