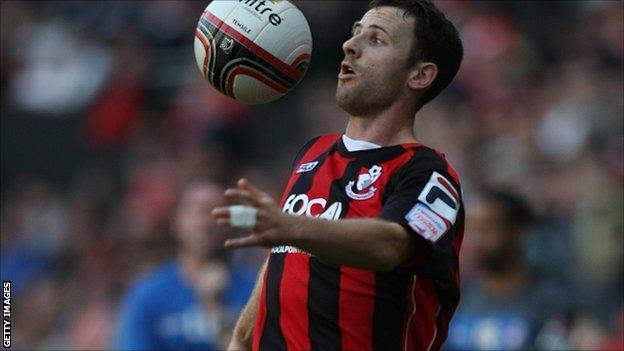 Pugh, 25, is out of contract at the end of next season and has so far stalled on signing a new one, saying he wants to see if the club is going to invest in the squad and push for promotion.

"The football club is ambitious so from that point of view there is no question mark," Groves told BBC Radio Solent.

Groves, who was appointed Bournemouth manager on a permanent basis on Friday, added: "If Marc wants to have an answer to whether the club are ambitious, then there it is.

"But we will sit down with Marc and hopefully get down to the nitty gritty of his views and discuss it."