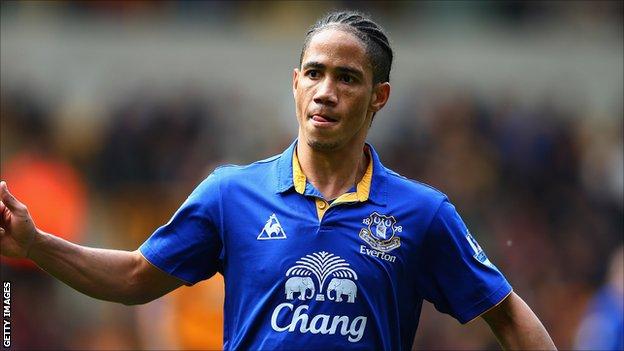 The South Africa international helped the Toffees to a seventh-placed finish in the Premier League following his loan move from Tottenham in January.

"We've got to get Steven back. This is his home and, second time around, you really feel that," Howard told BBC Radio Merseyside.

"Hopefully the business side of things can get ironed out and he can be back."

Pienaar joined Everton from German club Borussia Dortmund in 2007 and spent three-and-a-half seasons at Goodison Park before leaving for Tottenham in January 2011.

But the 30-year-old started just five Premier League matches for Spurs before returning to Everton during the January transfer window.

The signing of Pienaar, plus the arrivals of Nikica Jelavic from Rangers and Darron Gibson from Manchester United, reignited Everton's season to such an extent that they finished above local rivals Liverpool in the table for the first time since 2005.

Everton defeated Newcastle 3-1 on the final day of the campaign and Howard believes Alan Pardew's side have proved that, with a strong transfer policy, it is possible to break into the top six.

"We're probably a couple of players away, but I'm sure every team will be saying that," added Howard.

"Newcastle have done that. They have five or six guys in attack that can scare the life out of you.

"Seventh is good and we need to finish higher, but from where we were, we can feel proud of ourselves.

"We've shown that we've got it in us if we keep our foot on the gas for the whole season. I think we can do some really good things and everyone's optimistic at this point."