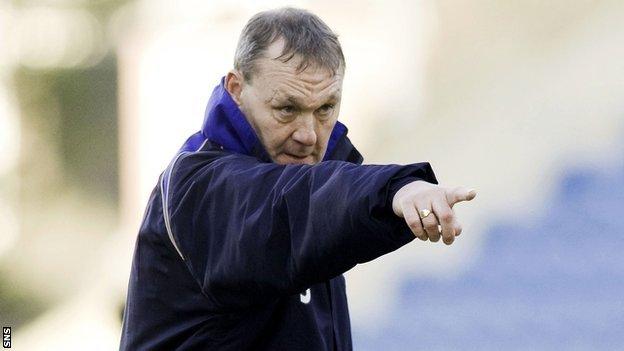 Sandy Clark has been appointed as manager Allan Johnston's assistant at Queen of the South.

Former Hearts and St Johnstone boss Clark will bolster Queens' attempt to return to the Scottish First Division at the first attempt.

Meanwhile, Stephen McKenna has agreed to stay at Palmerston for another year.

"I am delighted to have someone with Sandy's experience on board and look forward to working with him again," said Johnston.

"It is my intention to still play a part on the field and therefore having someone who has had Premier League coaching experience at Hearts, Aberdeen, St Johnstone and Kilmarnock on the sidelines can only benefit the club.

"I am delighted that Stephen has decided to pledge his future to the club for another year."