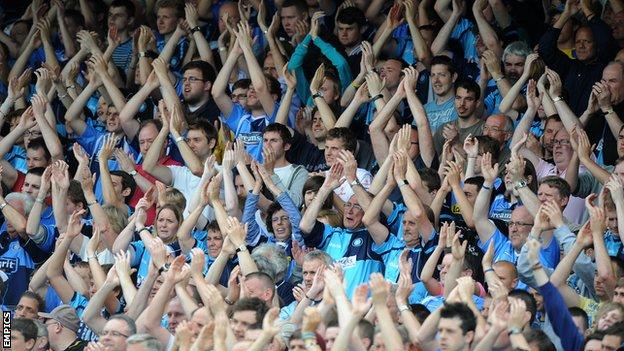 It remains unclear whether the deal will involve a fee or simply a transfer of power.

The negotiations are separate to Hayes' attempts to sell Premiership rugby side London Wasps, who share Wycombe's Adams Park ground.

"I am confident that Wycombe Wanderers Trust are the right people to take the club forward," said Hayes.

"For now the focus of everyone involved is to ensure the deal is completed as quickly as possible. In keeping with the Trust, the club and I will make no further comment until such time as a deal has been finalised."

Trust chairman Trevor Stroud added: "We believe we are in a strong position to take the club and Adams Park forward under the Trust's stewardship and we are pleased with the favourable terms being offered by Steve Hayes in this process.

"While we work towards making this deal happen and we focus on key financial and legal matters, there will be no further comment from the Trust until such time as a deal has been finalised."

Hayes had stated his intention to sell Wasps in February, following the board's failure to win district council backing for a new stadium at Wycombe Airfield, but has made little progress in offloading the former Heineken Cup champions.

But plans to sell Wanderers, who suffered relegation from League One for the second time in three seasons this term, had never been made public.

Hayes is currently on bail until June after