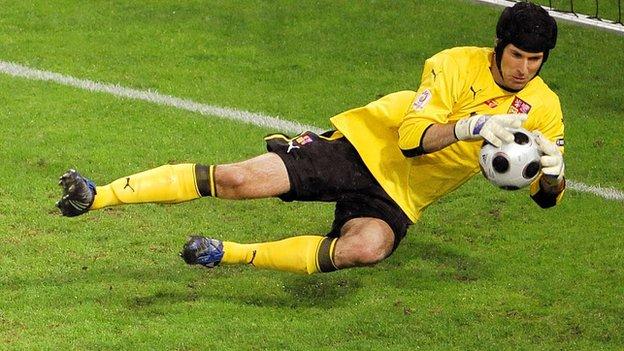 The pair are the only English-based players to be selected, but former Liverpool man Milan Baros is also in.

Only eight Czech-based players have been picked, including five from 2011 champions Viktoria Plzen, who then made their debut in the Champions League.

The Czechs meet Russia, Greece and Poland in Group A.

They have a training camp in Austria prior to the tournament, and will face Israel and Hungary in friendly matches.

Manager Michal Bilek has selected 24 players for the camp, but only 23 will travel to Poland and Ukraine.

Four goalkeepers are in the provisional party, but with only three allowed in the final 23-man squad, there is cover for Cech, who plays for Chelsea in Saturday's Champions League final.

Defenders Tomas Sivok and Michal Kadlec, and midfielder Tomas Hubschman, all with experience in Europe's elite club competition, have been called-up, as has 22-year-old striker Tomas Necid, who has recovered from a long-term knee injury.