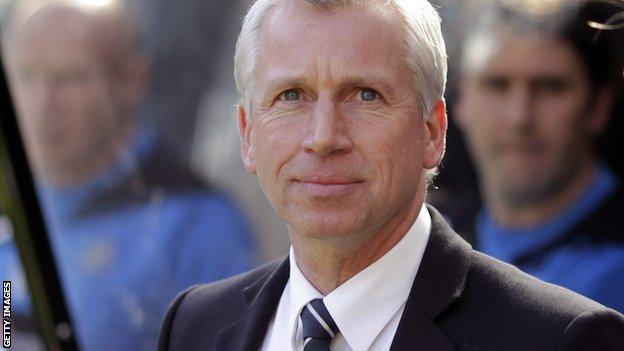 Newcastle United manager Alan Pardew has been named LMA Manager of the Year, after guiding his side to fifth place in the Premier League.

The award is voted by LMA members, including all managers from the four professional leagues in England.

Newcastle, who had been expected to struggle, won 19 of their 38 league games, recording 15 clean sheets.

Pardew was also named Barclays Premier League manager of the year at the ceremony in London on Monday.

LMA chairman Howard Wilkinson said: "Alan Pardew's achievements at Newcastle this season are there for all to see and it is just reward that he should be named as LMA Manager of the Year.

"I'm often asked, 'where are all the English coaches?' My answer is 'We have plenty of them, they just need an opportunity'. I am delighted for Alan that he has taken his opportunity."

The award comes days after the former West Ham and Charlton boss was also named Barclays Manager of the Year.