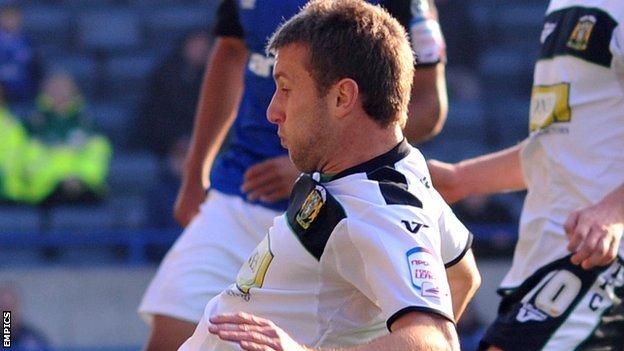 Four players have turned down new deals at Yeovil Town.

Top-scorer Andy Williams and defender Dominic Blizzard are out of contract at Huish Park in July.

Middlesborough loan duo Jonathan Franks and Jonathan Grounds, have declined permanent deals despite being told they have no future at their parent club.

Meanwhile, manager Gary Johnson has revealed captain Paul Huntington is still deliberating whether to commit his future to the League One outfit.

"Paul Huntington has been given more time to consider his offer due to a bereavement in the family and I am hoping to hear from him shortly," Johnson confirmed to the club website.

Striker Williams joined Yeovil from Bristol Rovers in August 2010 and has scored 25 goals in 79 appearances, while former Pirates team-mate Blizzard has only been at Huish Park for one season.

Both Franks and Grounds, who have been on loan with the club since March, had previously hinted their time with Boro was coming to an end and had expressed a desire to stay with the Glovers.

But Johnson revealed: "With Jonathan Franks I have had several conversations with his agent, but we have ended up bitterly disappointed that when it came down to the final decision necessary to agree on a new contract, he became unavailable.

"In the case of Jonathan Grounds we guessed that his partner having just given birth to a son he would be anxious to stay based in the North and that is what has happened."