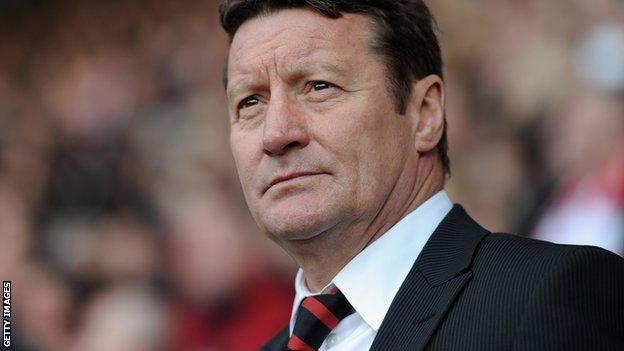 Sheffield United boss Danny Wilson praised his side's patient approach after their victory over Stevenage in the play-off semi-final.

"It always looked like a late goal was going to be needed to separate the two teams," he told BBC Radio Sheffield.

"We had to be patient. We weren't going to be able to play with three forwards because of the lack of resources we have here at the moment."

He added: "Richard Cresswell was ruled out with an eye infection and that's just the way his luck is going."

After a 0-0 draw in the first leg, the second game looked to be heading for extra-time until Porter converted Matt Lowton's back-post cross to send Bramall Lane into raptures.

Wilson praised the effect the fans had on helping his side book a berth at the Wembley showpiece.

"They roared us on all game and they were so loud at the end that I couldn't pass messages out on to the pitch," he continued.

"At 0-0 they pushed us on to get that goal and when it went in they went absolutely ballistic.

"That's the kind of support we've had all season and now we have to hope we can do it justice at Wembley."

The Blades will face either Huddersfield or MK Dons in the League One play-off final on Saturday, 26 May.

Simon Grayson's men have a two-goal lead from Stadium MK going into the decider at the Galpharm on Tuesday.