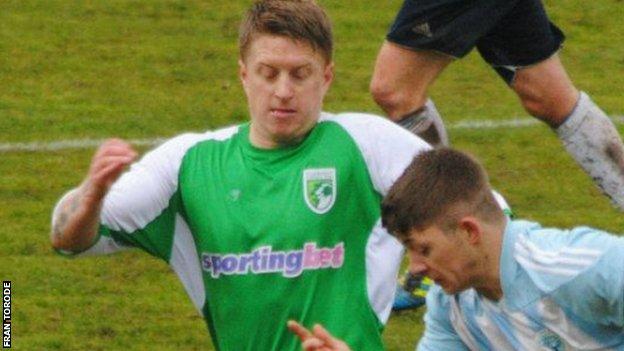 The 30-year-old former Northern Ireland Under-21 midfielder, who also played semi-professionally at Morecambe and Glenavon, has been a fixture in the side that won a league and cup double.

"He's been phenomenal for with his experience and he's made us tick," Vance told the BBC Non League Show.

Black scored eight goals in 32 appearances for Guernsey this season.

"He's come back home and he's putting something back into the local football.

"His attitude's been first class, he's kept his fitness going and he's been great with the young lads as well," he added.

Black is one of three players in the squad who has had previous experience of English football.

Goalkeeper Chris Tardif played for AFC Bournemouth, Portsmouth and Oxford United while Angus MacKay was on the books of Oxford as a youngster.

"These are all Guernsey lads so we're very fortunate to have these players available to us and they're helping the younger local lads to aspire to be better," Vance said.