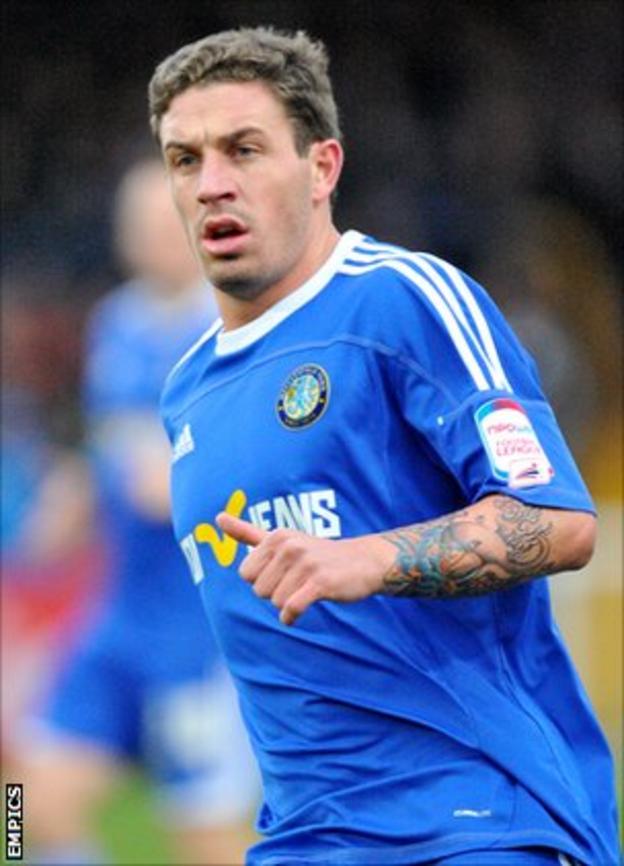 Relegated Rochdale have made Macclesfield's George Donnelly their first signing of the summer as they prepare for next season in League Two.

The 23-year-old striker has joined for an undisclosed fee and agreed a two-year contract at Spotland.

Donnelly scored seven goals in 32 games for the Silkmen, who were relegated from the Football League in April.

"He is still relatively young and has lots of potential," manager John Coleman told the club website.

"I've been tracking him for a long time and to secure his signature so early in the close season is fantastic.

"He'll fit in well here and will be a real asset to the club. I'm really looking forward to working with him."

Donnelly, who was a trainee at Liverpool, started his senior career in non-league football with Skelmersdale United.

His prolific scoring record earned him a move to Plymouth, then a Championship club, and had loan spells with Luton and Stockport before joining Fleetwood for a club record fee in January 2011.

He arrived at Macclesfield, initially on loan, in September and made the move permanent in January.

Donnelly ended the campaign as Macclesfield's top goalscorer but could not prevent the club from finishing bottom of League Two.