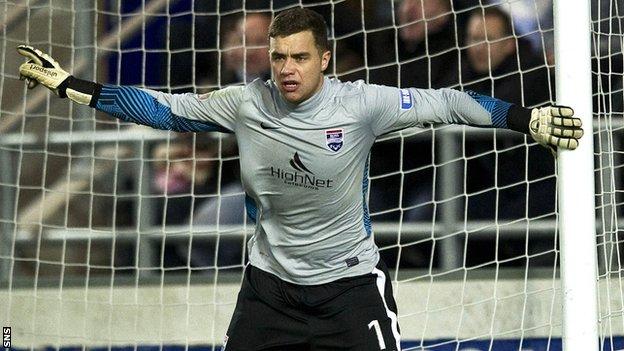 Manager Derek Adams believes the duo's experience will be key as the club prepares for next season's Scottish Premier League debut.

"Steven and Michael have already proved that they have what it takes to compete and succeed on the pitch at the very highest level," he said.

"And that experience will undoubtedly be an asset to us."

Fraser, 28, has played in the top flight with Inverness Caley Thistle and Motherwell, while Craig also had a spell at Fir Park before moving on to Aberdeen.

The 31-year-old, who played in County's 2010 Scottish Cup final defeat, netted six goals this season as the Dingwall side ran away with the First Division title.