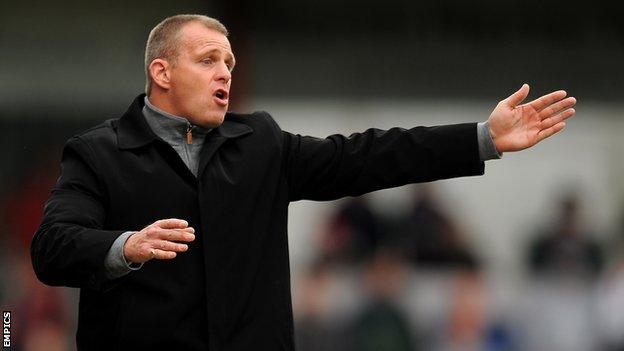 Stevenage boss Gary Smith has admitted he will face a fight to retain the bulk of his squad that reached the League One play-offs semi-finals.

Boro, beaten 1-0 by Sheffield United over two legs, are expecting interest in a number of players this summer.

Smith told BBC Three Counties Radio: "Clubs are looking at our players. There are players out of contract I need to work hard to try and keep.

"My job is to try and keep this group intact as much as possible."

But there is a fear that former boss Graham Westley, who is now at Preston but guided Boro to back-to-back promotions, could be among a host of managers keen to launch a raid of the Broadhall Way assets, with full-back Scott Laird the latest to be linked to Deepdale.

"What we're seeing is a group of players attracting a lot of attention," conceded Smith.

"These guys have come from non-league football and came to the brink of history in almost taking three promotions in successive seasons.

"Not just I, but the chairman and the club, will do everything we can to try and keep those guys and maintain a group of players who have got such a bond.