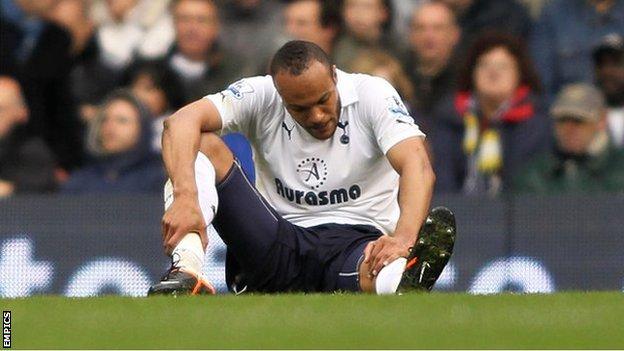 Tottenham defender Younes Kaboul has missed out on a place in France's Euro 2012 squad because of a knee injury.

The 26-year-old centre-back aggravated an old injury in Sunday's win over Fulham and so has not been included in the provisional 26-man squad.

Laurent Blanc will have to trim his selection down to 23 by 29 May.

Arsenal defender Bacary Sagna has missed out after breaking his leg in a game against Norwich earlier this month.

Montpellier defender Mapou Yanga-Mbiwa, who celebrated his 23rd birthday on the day of the announcement, is in the France squad for the first time in his career.

They face Iceland before the squad is trimmed, followed by friendlies with Serbia and Estonia.

France are in Group D in Euro 2012 with England, Sweden and Ukraine.