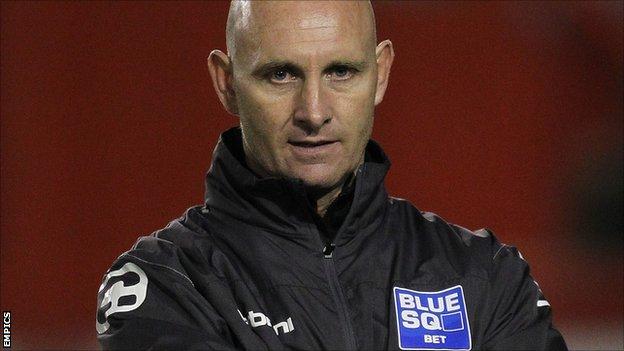 The 44-year-old replaces Lee Goodwin, who departed earlier this month following the club's relegation from the Blue Square Bet South.

Stimson's last managerial job was at troubled Kettering Town, a post he left in January.

Thurrock chairman Tommy South said he was 'excited' by the appointment.

Stimson has a good record in the non-league game, winning three consecutive FA Trophy finals with Grays Athletic (in 2005 and 2006) and Stevenage (2007).

While manager of Gillingham, he guided the club to promotion to League One in 2009, but he left the club the following year after they went straight back down to League Two.