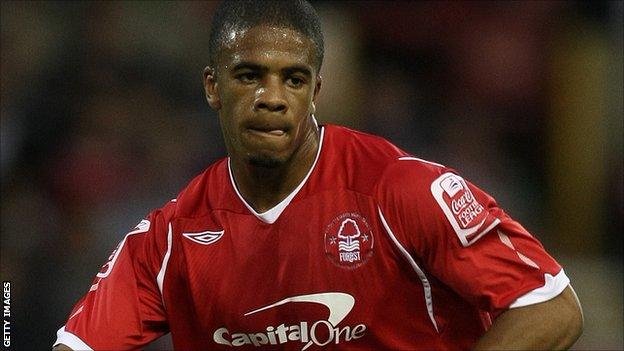 Reading have signed winger Garath McCleary from Nottingham Forest on a free transfer.

McCleary, 25, has signed a three-year deal with the newly-promoted Premier League side after turning down a new contract at Forest.

The Oxford-born winger, who joined the club in 2008, scored nine goals in 23 appearances for Forest last season.

"It's important that we have brought a player of Garath's quality through the door," said manager Brian McDermott.

McCleary will compete with Jimmy Kebe on Reading's right wing, with the former Mali star currently recovering from knee surgery.

"He's young, he's got an eye for a goal, he's very, very quick, he's got a real energy about him," added McDermott

"He wants to work hard and improve and, in all the players we've got here, that is a key attribute. And he's a nice lad, so he'll fit in well with what we're trying to do at this club."

The highlight of McCleary's season last campaign came when he scored four goals in the 7-3 win over Leeds United at Elland Road in March.

"It's amazing to be at a club like Reading," said McCleary.

"Being a local boy as well, it's the stuff that dreams are made of. I can't wait to pull the Reading shirt on and prove what I can do.

"After helping Forest stay up last season, It's a fantastic achievement for me to now come to a Premier League side, a club with such fantastic support. It's great to be here!"