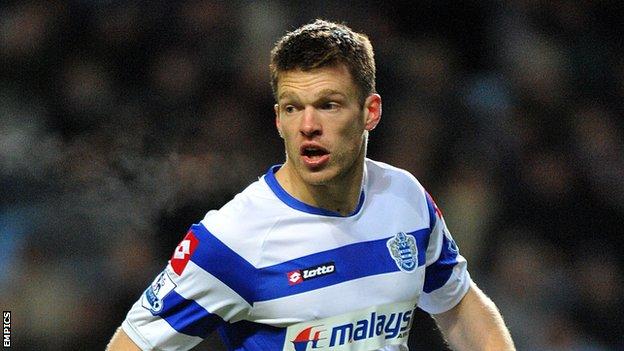 QPR forward Jamie Mackie has signed a one-year extension to his contract.

The 26-year-old, who scored eight goals in 36 appearances this season, will now remain at Loftus Road until the summer of 2015.

The Scotland international told the club website: "To be a part of the long-term future of the club is an aim of mine and I'm really happy.

"Now we've stayed up, I think next season could be a really big one for QPR. It's really exciting times."

Mackie joined Rangers from Plymouth in the summer of 2010 for an undisclosed fee, but his first season with the west London side was cut short after he broke his leg in an FA Cup tie with Blackburn in January 2011.

"From day one, the fans have brilliant with me - especially when I broke my leg," he added. "They carried on supporting me all the way through that.

"It meant a lot to me. Hopefully my performances since have gone a little way to paying them back for the support that they showed me."