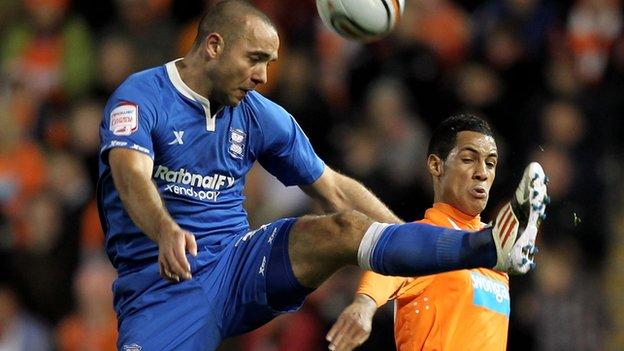 Birmingham City have extended left-back David Murphy's contract for a further two years, tieing him to St Andrew's until 2014.

Out-of-contract duo Stephen Carr and keeper Colin Doyle are in discussions with Blues as they hope for new deals.

Promising striker Jake Jervis, who played in the 1-1 FA Cup draw at Chelsea in January, has been offered a one-year extension.

Teenage centre-half Jack Deaman has been handed a six-month deal, while several academy products have been given their first professional contracts.

Midfielder Fisayo Adarabioyo has been handed a two-year deal, while midfielder Callum Reilly, left-back Amari Bell and Scotland Under-18 defender Graham Hutchison have all been offered one-year contracts and full-back Mitch Hancox has been given a six-month deal.

Murphy, 28, has hit 10 goals in 111 appearances since being signed by Alex McLeish from Hibernian in January 2008.

After parting company with Colorado Rapids after a season in Major League Soccer, former Wigan Athletic and Hull City striker Folan intitially arrived on trial with Blues before signing on 29 February until the end of the season.

Neither he nor Cian Hughton, who signed on the same day, made an appearance in a Blues shirt.

Teenage striker Hubbins also never played a game for Blues, but did make one appearance last season - out on loan with non-league neighbours Tamworth in January.

Valles made just two League Cup appearances in two years with Blues after being signed by McLeish from Dutch club NAC Breda in the summer of 2010.