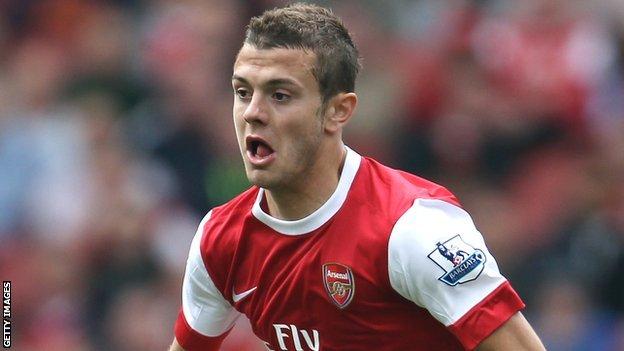 Arsenal midfielder Jack Wilshere is to undergo minor knee surgery in Sweden over the next few days.

The 20-year-old missed the whole of the 2011-12 campaign with an ankle problem, which has also ended his hopes of representing England at Euro 2012.

A long-standing knee injury has flared up during his rehabilitation from that ankle problem.

A club statement read: "This procedure is not expected to significantly affect Jack's comeback ahead of next season."

It added: "On returning to England, Jack will resume his rehabilitation with the Arsenal medical team over the summer."

This latest operation will cast further doubt on Wilshere participating in the London 2012 Olympic Games.

It was understood Stuart Pearce was considering Wilshere for Team GB in the men's football tournament starting on 26 July.

And Gunners boss Arsene Wenger will be looking to determine whether his midfield dynamo will be fit for pre-season training starting on 9 July.