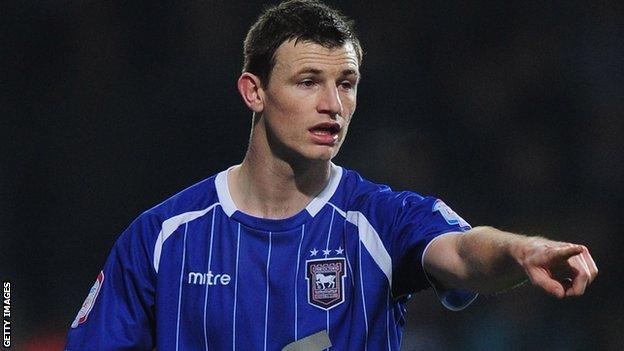 Ipswich Town defender Tommy Smith has signed a two-year contract to stay at Portman Road until the summer of 2014.

New Zealander Smith, 22, a product of Town's academy, admitted he feared for his future at the club before forcing his way into the first-team in January.

"When I wasn't in the squad for a few months, it crossed my mind that I may have to move on," said Smith.

"That's not something I wanted to happen. I got my head down, worked hard and changed the manager's view of me."

He added: "I'm delighted to have signed the contract and sorted out my future.

"It was a year of ups and downs but I was pleased with how I performed at the back-end of the season and how we played as a team.

"There were definite signs of progress and I think we reaped the benefits of having a settled side.

"We can take positives from the way we finished the season."

Smith was sent off after only being on the field for 71 seconds during Ipswich's 7-1 defeat against Peterborough in August and Town manager Paul Jewell did not select him again until January.

However, the defender ended the season well, starting each of the last 22 matches.

Smith, who is expected to be in the New Zealand squad for the 2012 Olympics, played for his country in all three of their matches at the 2010 World Cup.