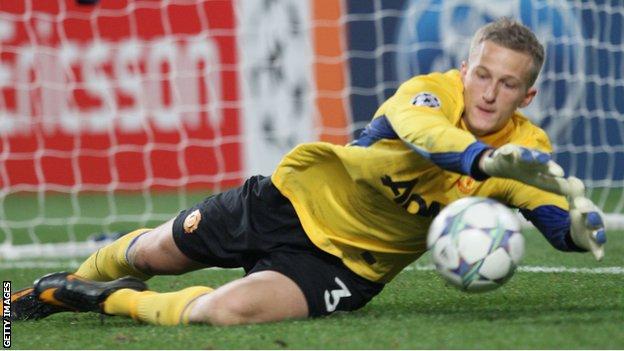 He had wanted more time to check on Lindegaard's recovery from an ankle injury, which has kept him out of first-team action since February.

"We have never been in doubt about Anders's qualities," said Olsen.

"It has purely been a matter of testing how he was after his long injury break.

"After three training sessions we are in no doubt that we've got an injury-free third keeper in our squad."

Dennis Rommedahl has a thigh injury but is included with Olsen certain the Brondy winger "will be ready".

Olsen named the majority of his squad on Wednesday and on Saturday added Lindegaard along with Hoffenheim defender Jannik Vestergaard and FC Groningen forward Nicklas Pedersen.

He said Bendtner "is an important piece" in the puzzle, and his role is not just to score goals but "he is very good in combinations".

The 24-year-old spent the 2011-12 season on loan at Sunderland, where he scored eight goals.

Agger played 34 times for Liverpool, including appearances in the Carling Cup final against Cardiff, which Liverpool won on penalties, and the FA Cup final, which the Reds lost 2-1 to Chelsea.

Denmark have a tough draw for the tournament, where they will face the Netherlands, Germany and Portugal in Group B.

The team gathered for a training camp north of Copenhagen on Thursday and will play friendlies against Brazil and Australia before taking off for their Euro 2012 base in Poland.