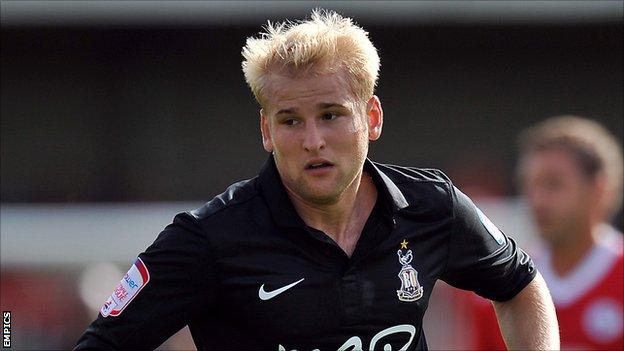 Morecambe have completed the signing of full-back Robbie Threlfall.

The 23-year-old, who has agreed a two-year deal and becomes the first summer arrival at the Globe Arena, began his career as a trainee at Liverpool.

He never made a first-team appearance at Anfield and had loan spells at Hereford, Stockport and Northampton before joining Bradford in 2010.

Threlfall has not appeared for the Bantams since January and ended the season playing in Scotland with Dundee.

Morecambe manager Jim Bentley told the club website: "Robbie is a great lad with a good attitude and I am delighted to have him here.

"We wanted a left-back who is a good defender but can also get forward and I think he will fit into the side really well."

Threlfall, a former England Under-19 international, added: "I know a couple of Morecambe players and, as soon as they started talking about the place, I knew it would be a great place to come to."