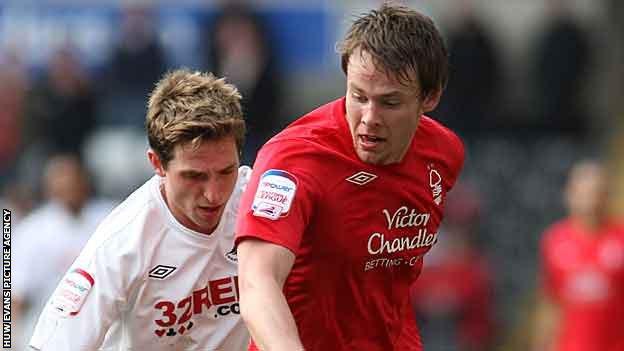 Forest have said they are unaware of a bid for Gunter, who made 50 appearances for the club last season.

The 22-year-old made his Wales debut at 17 after rising rapidly through the Cardiff City ranks.

Swansea have also been linked with a bid for Middlesbrough's Marvin Emnes, who spent a 2010 loan stint at the Liberty Stadium.

Emnes, 23, was with Swansea in the autumn of 2010 and has scored 18 goals in the 2011-12 season as Boro made an unsuccessful attempt at reaching the Championship play-offs.

Gunter moved from Cardiff to Tottenham Hotspur in January, 2008, then to Forest in the summer of 2009 having also been on loan there that year.