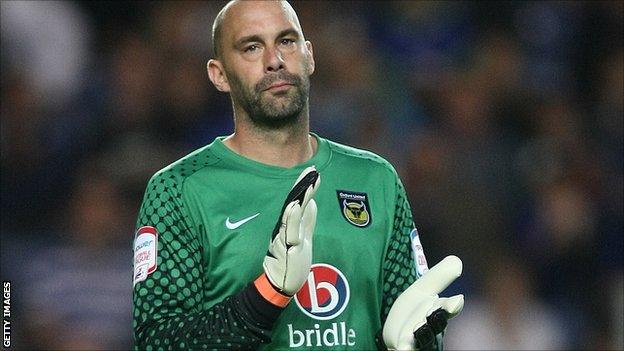 Brown, 35, joined the U's in 2011 and made his 500th appearance this season after previous spells at Bristol City, Hereford United, Chester City, Bury, and Supersport in South Africa.

He will combine playing with coaching alongside Alan Hodgkinson.

"I have really enjoyed my time in Oxford and I am pleased to have extended my stay," said Brown.

"Alan, with his vast experience, will continue to oversee everything. Ryan Clarke has done very well, Wayne has proved a more than able deputy and with young Max Crocombe hopefully developing more next season it means we are well covered in that area.

"Wayne has been moving towards coaching and will step that up a little, but as we saw last season he still has plenty of ability and we know he is more than capable when we need him to step in to the team."

Brown continued: "It's an ambitious club and we will look to build on where we are at the moment.

"I feel I still have something to offer as a player but at the same time I see coaching as my future and I couldn't ask for a better person to learn from than Alan."