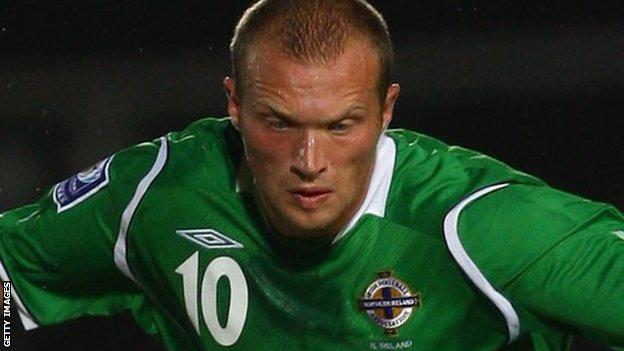 Striker Warren Feeney is one of five players to be offered new contracts at League Two side Plymouth Argyle.

Defenders Williams and Berry established themselves as regulars in the Plymouth team during the 2011-12 campaign, while Lennox made eight appearances in the second half of the season after a successful trial period.

Goalkeeper Chenoweth made his debut for the club at the end of April in Plymouth's 2-2 draw at Morecambe.