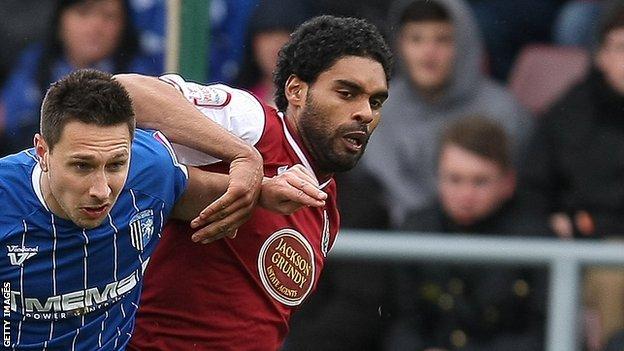 The 31-year-old centre-back joined the Cobblers in March after recovering from injury and made nine appearances in the successful fight against relegation.

"I'm really pleased to have Anthony on board with us," said Northampton manager Aidy Boothroyd.

"He's in very good shape, he's a good character and I've been very impressed with him," he added.

"He had a lot of alternative offers from other clubs so we're delighted he's agreed to re-sign, and I know he's determined to have a good season."

Charles has experience with a number of other clubs including Farnborough, Hayes and Barnet, and played 180 games for Aldershot in his second spell there between 2007 and 2011.

Fellow Cobblers defender John Johnson also agreed a contract extension in May, and the League Two side are waiting on decisions on new deals from goalkeeper Neal Kitson, defender Clarke Carlisle and midfielder Michael Jacobs.