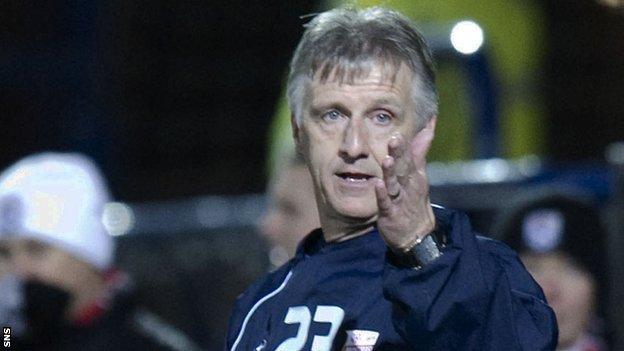 Ray Farningham has left his post as Montrose manager to become Barry Smith's assistant at Dundee.

Former Dundee player Farningham, who had a short spell in charge of Forfar Athletic between 2005 and 2006, took over at Montrose in April 2011.

The Links Park side finished eighth in this season's Scottish Third Division.

"I am delighted to be back at Dundee to assist Barry who was my major reason for returning to Dens," Farningham told Dundee's website.

"Hopefully working together we can get Dundee FC back to the Premier League where we belong.

"I would like to thank the board of directors of Montrose for allowing Dundee to speak to me."

Smith added: "Ray has great experience which will be invaluable to me in up and coming seasons."