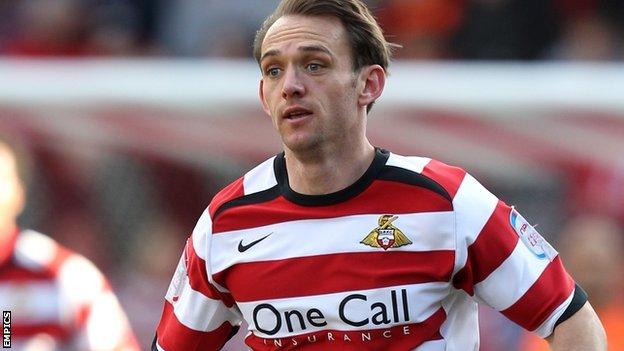 Doncaster Rovers have released eight players including forward James Hayter and midfielder John Oster following their relegation from the Championship.

Hayter, 32, made 165 league appearances in five years at the Keepmoat.

"He's an experienced player and I don't know if we'll be able to afford him because of the wages he was on with Hull.

"Damien's scored 44 goals last season and he's from Doncaster. He started with Leeds and got a bad injury so he dropped into the Conference.

"He could be a player we take a bit of a punt on. You look at people like Craig Mackail-Smith and Ian Wright, who've stepped out of the non-league and it's just about someone taking a chance on them."