Russia's attacking display against Czech Republic must have left Arsenal supporters wondering what has happened to Andrey Arshavin.

The 31-year-old has been on loan at Zenit St Petersburg this season but was one part of a quicksilver quartet which lit up the first day of Euro 2012 with some fine counter attacking goals in a 4-1 victory.

Perhaps the Czech team did not offer much resistance, but two strikes by CSKA Moscow's Alan Dzagoev, with another late goal from former Tottenham striker Roman Pavlyuchenko capped a performance which was reminiscent of the team's run to the semi-finals in Euro 2008.

Here are the views of two of BBC Sport's pundits on Arshavin's impact and Russia's attacking strength...

"Arshavin was outstanding. I actually thought it was too easy for him at times. He was so good he was thinking far ahead of his opponents. He was creating chances when he fancied it.

"It just shows you the immense knowledge and ability he's got. When he's playing with players that understand him and he is at the core of it, he is just spectacular.

"For the second European Championship in a row I'm a fan of Russia. There was a real arrogance about them going forward.

"The little dink over Petr Cech by Roman Shirokov was superb. Aleksandr Kerzhakov's shooting was poor but he held the ball up and was central to everything.

"He was willing to drag players out of position to make sure that space develops for Dzagoev and Arshavin to run into. It's all about match intelligence and we don't see that very often."

Robbie Savage on Match of the Day

"I thought Andrey Arshavin was immense. He was positive every time the ball came to him.

"When he plays for Russia he drives forward, is on the front foot and he leads as their captain.

"It appears he likes being part of a successful team - Zenit [where he plays on loan from Arsenal] won the league." 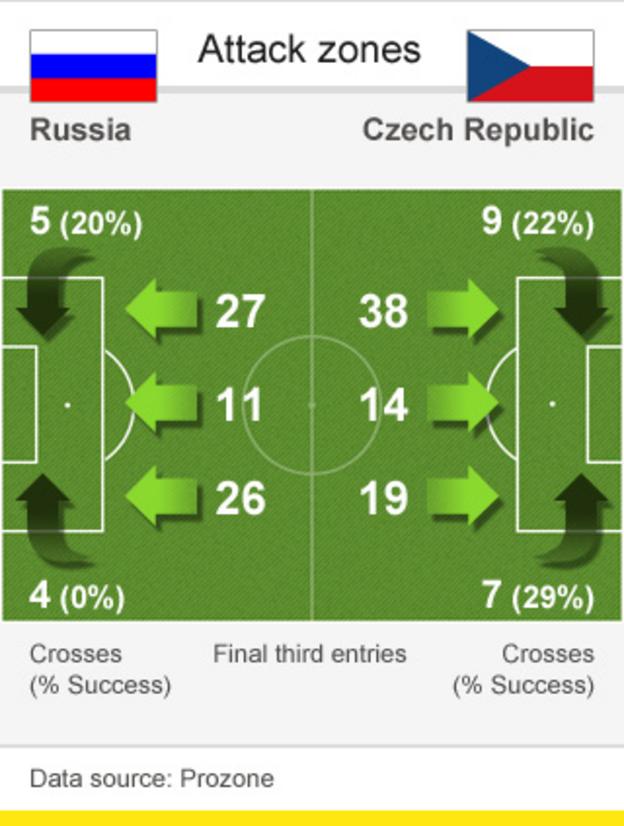 What they said about Arshavin:

"Is this the same Arshavin that I've been watching play for Arsenal?" - Gary Lineker on Twitter

"Two good games to start the Euros today. Not seen Arshavin play like that for a while! I'm still siding with Spain or Holland to win it." Michael Owen on Twitter

"Andrey worked very hard and he played very well. He is a very important player for us for the way we play." - Russia boss Dick Advocaat

"He showed how dangerous he can be. He doesn't waste time with defending and uses all his strength for the attack." - Arsenal team-mate and Czech captain Tomas Rosicky