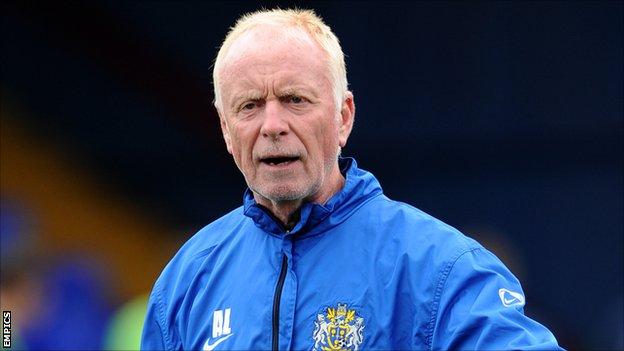 He had previously been development manager at Edgeley Park and is credited with discovering talents such as Anthony Pilkington and Oli Johnson.

"I'm excited at the prospect of returning home and working closely with the manager, doing what I think I do best," Lord told the club website.

"Hopefully I can play a part in finding the players that will undoubtedly develop in this environment."

Gannon added: "The appointment of the right man as assistant manager was my most important first signing.

"I outlined a number of criteria which I felt were extremely important in the new role. Al is the perfect choice."

The Hatters have also announced the imminent arrivals of Stalybridge striker Craig Hobson and midfielder Alex Kenyon from Lancaster City.