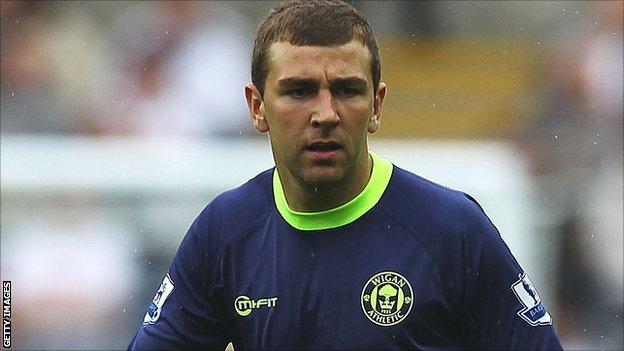 Scotland midfielder James McArthur has signed a contract extension that will keep him at Wigan Athletic until 2016.

The 24-year-old still had two years to run on his existing deal with the club.

He featured in 31 league games as the Latics avoided relegation from the Premier League in the final weeks of the 2011-12 campaign.

"I'm delighted to extend my stay after what has been a fantastic season for Wigan Athletic and for me personally," said the former Hamilton man.

Speaking to the official club website, manager Roberto Martinez added: "James has grown since the day he arrived.

"His attitude, desire and daily standards make him an example for any young professional footballer.

"He has managed to put all the hard work on the training ground into effective performances on the pitch, helping the team to achieve outstanding results against the best sides in European football.

"We are all very proud of James at this moment, but still very aware that, at his age, the best footballing years still to come."