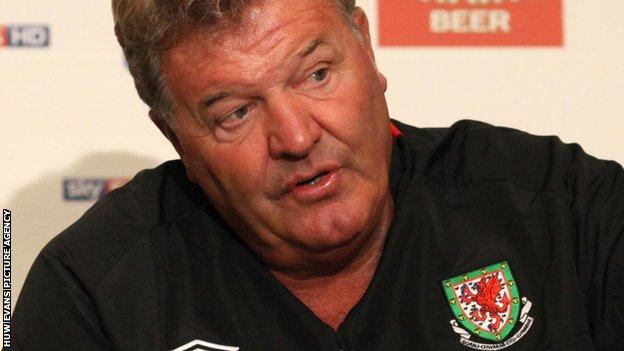 Macedonia manager John Toshack has responded to criticism from three of his disgruntled players.

Toshack was criticised after announcing his squad for the upcoming friendlies against Portugal and Angola.

"I am not surprised at all by the reactions and comments by a certain group of players," said Toshack.

"With their comments and reactions they showed why I did not call them up.

"At the same time, they clearly showed the public that my decision to exclude them was right."

Macedonia are away to Portugal in a friendly on 26 May before facing Angola three days later.

The matches are part of Macedonia's preparations for a World Cup qualifying group which includes Wales and Scotland.

They begin their Group A campaign in Croatia on 7 September and are away to Scotland on 11 September.

The former Real Madrid and Swansea boss succeeded Mirsad Jonuz as Macedonia coach in August 2011 and the side have won twice since he took charge.

The 63-year-old former Liverpool and Cardiff City striker had left his role as Wales manager after six years in charge in September 2010 following defeat against Montenegro in the opening game of the Euro 2012 qualifiers.

Toshack's time in charge of Wales was notable for a number of high-profile international retirements, including Robbie Savage, who he fell out with in 2005.