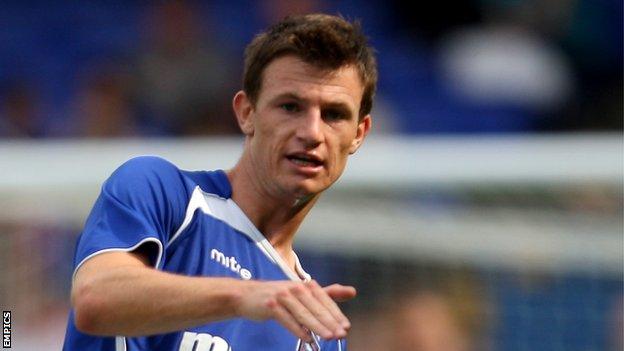 Ipswich Town defender Tommy Smith has called on the club to provide more competition at centre-half next season.

The 22-year-old, who started all of Town's final 22 games of the campaign, is one of only two recognised central defenders at Portman Road.

"We've only got me and Damien Delaney as contracted out-and-out centre-backs," the New Zealand international told BBC Radio Suffolk.

"There definitely needs to be someone else brought in if not two."

Tommy Smith played every minute in New Zealand's 2010 World Cup campaign, helping them to three draws out of three games, including a 1-1 stalemate with Italy

He added: "Competition for places is always healthy, we'll push each other along. It makes the standard of training better which makes for better players."

Town conceded 77 goals in the Championship, the joint-highest in the division alongside Peterborough United.

But Smith believes a lack of familiarity in goal could have cost his side, in a season where four different keepers - David Stockdale, Richard Wright, Arran Lee-Barrett and Alex McCarthy - lined up for Paul Jewell's team.

"Whether it's Aaron or another keeper coming in, we need that number one and to not keep changing it around," said Smith, who signed a new two-year contract at Portman Road last week.

"You need that continuity, especially between the goalkeeper and the back two.

"As long as we get in a recognised number one we can move forward from there."

The summer holds little respite for Smith, who will feature in World Cup qualifiers for New Zealand in June before potentially representing his country at the London Olympics.

"I don't think it will be too bad. I've already had three weeks off," he said.

"I'll get another couple of weeks off after the tournament has finished. I think I'll be fine."

After playing every minute of the All Whites' World Cup campaign two years ago, Macclesfield-born Smith is eager to add an Olympic Games appearance to his list of achievements.

"It's going to be an unforgettable experience. I'd have played in both the World Cup and the Oympics, which is something a lot of kids dream of doing," he said.

"I'm delighted to hopefully be involved that."