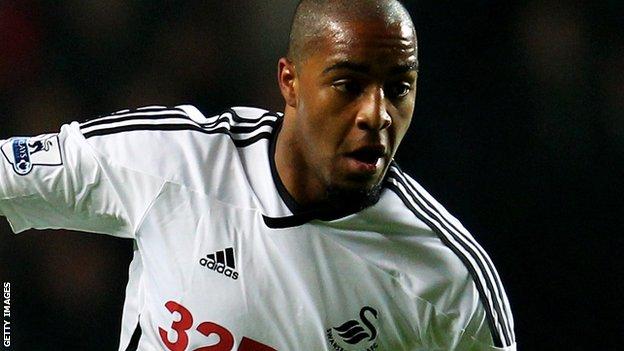 The 25-year-old joined Swansea on a two-year contract in 2010 following his release by AZ Alkmaar.

Agustien made 15 appearances for the Swans during a season in which he was hampered by injuries.

"I'm delighted to sign the new deal because it's a great time to be part of Swansea City and I want to help the club go higher and higher," he said.

The former Netherlands Under-21 player made 13 Premier League appearances but missed the last two months of the campaign after having ankle surgery.

"While it's been a frustrating season at times with the injuries, I'd like to think that I have shown people what I'm capable of during the game I have played," Agustien told Swansea City's official website.

"The team has done extremely well this season but we will only get better and I want to be part of that. "I've already started working towards next season. I want to return fit and fresh.

"Playing on the Premier League stage is where I want to be because I've worked hard to make that dream become a reality."

Agustien began his career at Willem II and he joined AZ in 2006 before spells on loan with Roda JC, Birmingham City and RKC Waalwijk.

He impressed at St Andrews during the 2008-2009 season but his proposed £2.5 million move to the Midlands collapsed because he suffered groin problems that needed two operations to cure.