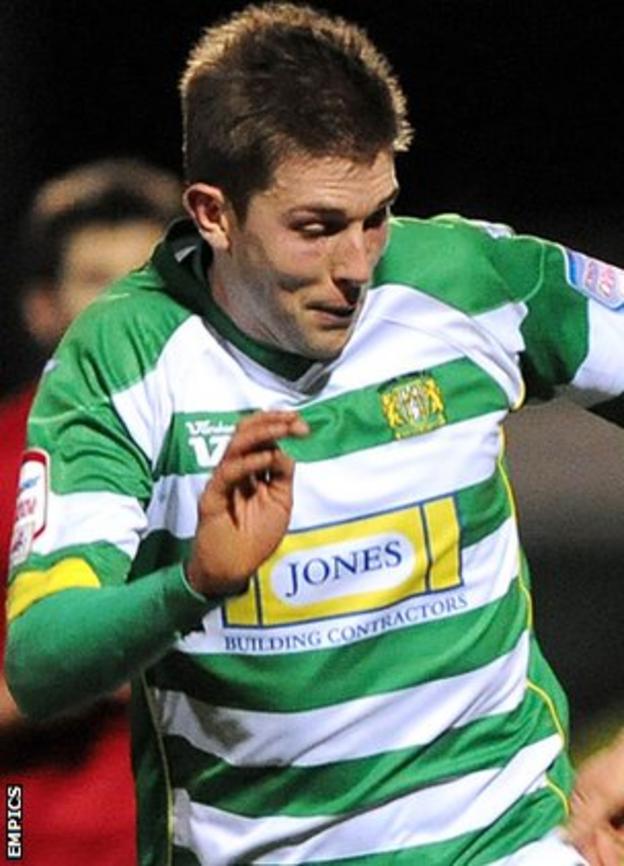 Yeovil midfielder Dominic Blizzard has signed a new one-year contract and insisted there was never any chance of him not doing so.

Earlier in the week manager Gary Johnson revealed on the club website that the 28-yea-old had not contacted him about the offer they had tabled.

But Blizzard told BBC Somerset: "I've signed and there was never a point that I wasn't going to sign.

"I'm happy with the whole environment. That's why I'm willing to sign again."

Blizzard joined Yeovil last summer after his release by Bristol Rovers and made 32 appearances this season.

He had a frustrating spell at the Memorial Stadium because of several injury lay-offs and is eager to continue his run in the Glovers first team.

"It's nice to get games under my belt and the more games you play, the more you can find your level," he added.

"I still feel like I've got another few gears to go up and I'm hoping to find that next season."