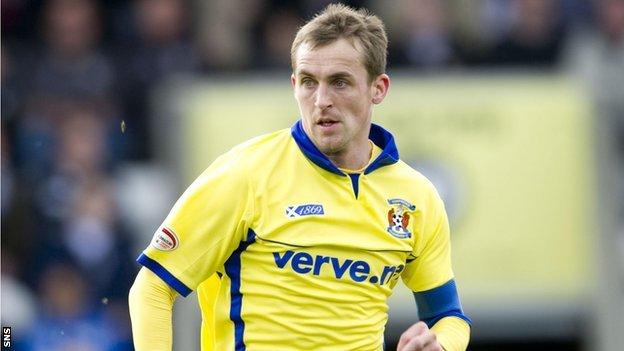 Kilmarnock midfielder James Fowler has signed a two-year contract extension with the Rugby Park side.

Fowler, 31, was awarded a testimonial year by the Ayrshire club last summer, having played for Killie since coming through their youth ranks.

He made his Kilmarnock debut in July 1999 in a friendly against East Fife.

Fowler's versatility makes him a useful member of the squad, which has been boosted in recent weeks by Garry Hay and Manuel Pascali agreeing new deals.

He has represented Scotland at Under-21 level and won a B cap in 2007.

He won his first professional contract at Kilmarnock in 1997 and since making his debut he has made 343 starts, 69 substitute appearances and scored seven goals.

Manager Kenny Shiels has yet to agree a new deal with the Scottish Communities League Cup winners.