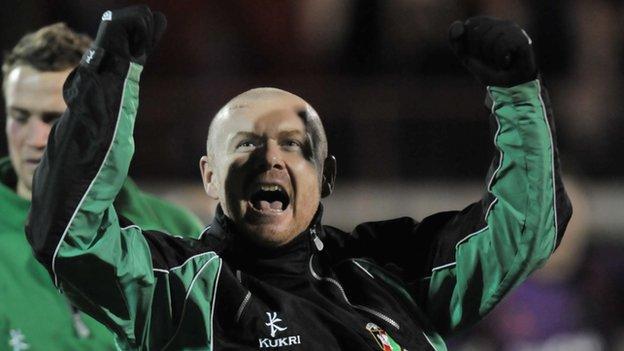 Lisburn Distillery have confirmed the appointment of ex-Glentoran assistant manager Tim McCann as their new boss, initially on a caretaker basis, after parting company with John Cunningham.

The former Glens and Cliftonville winger is expected to be in charge of the Whites for the new season however.

"Both parties are happy with this arrangement and we welcome Tim to New Grosvenor," added Greer.

"Under the IFA's domestic licensing arrangements the club has a period of 60 days to appoint a permanent manager following the departure of John Cunningham on 7 May 2012.

"Clearly this is an important phase for the club as it looks to, and prepares for, the 2012-13 IFA Premiership season and with that and other things in mind we have decided to appoint Tim as caretaker manager.

"I am sure that as most people understand we need the club to be prepared for next season and it is vital that we start those preparations before being in a position to confirm a permanent appointment prior to the expiry of the 60 day period afforded under the IFA's domestic licensing arrangements."

"I am looking forward to getting stuck in - it's an honour for me in my first managerial role to be in charge of such a reputable club as Distillery - the club has a great history," said McCann.

Former Glentoran and Crusaders defender Gary Smyth will the backroom staff while Sammy McFadden remains with the club in a first team coaching capacity.

Cunningham left his position "by mutual consent" three days after the club secured their Premiership status in a promotion/relegation play-off.