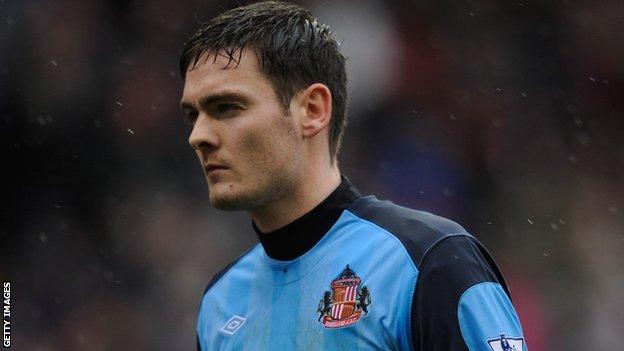 Sunderland goalkeeper Craig Gordon is one of nine players released by the Premier League club.

The 29-year-old signed from Hearts in August 2007 for £9m - breaking the British transfer record for a keeper - but was out of contract this summer.

Gordon - who has won 40 caps for Scotland - made 95 appearances in five years, having struggled with injuries and inconsistency.

He broke an arm twice then suffered a knee tendon problem and anterior cruciate ligament damage, the latter ruling him out for eight months from April 2011.

Belgian Simon Mignolet has established himself as the first-choice goalkeeper with Keiren Westwood, signed last summer as a result of Gordon's injury troubles, his understudy.

Gordon made just one appearance in 2011-12, against Bolton last month, and Sunderland manager Martin O'Neill has decided the Scot no longer figures in his plans.