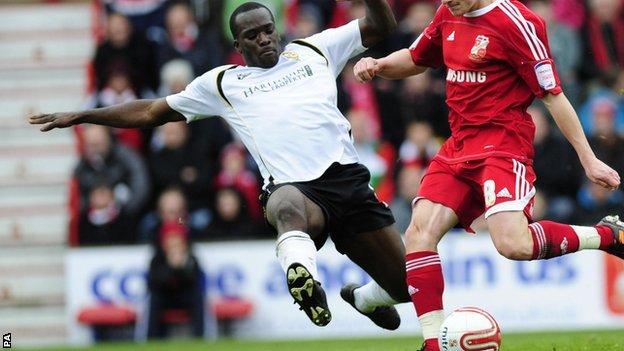 Griffith, 25, who made his international debut last summer, twice being capped by Montserrat, made 181 appearances for Vale.

Although offered an improved deal by Vale, who are expected to be under new ownership by June, Griffith has opted for League One football next term.

The future of Matthew Spring, Dean Leacock and Syam Ben Youssef, whose contracts also end on 30 June, is still to be confirmed. But 18-year-old Moses Odubajo is set to sign a new one-year deal, while the club are waiting on George Porter's decision.