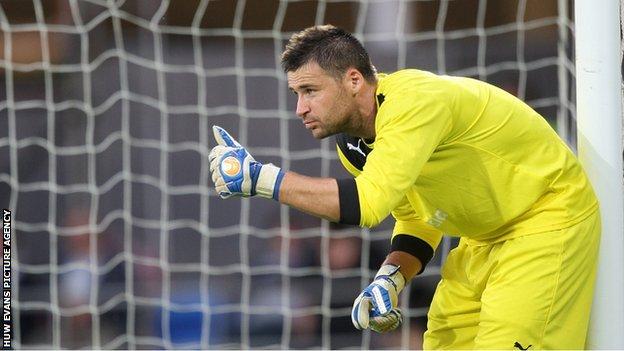 Former Celtic stopper Marshall joined Cardiff in 2009 from Norwich City in a deal thought to be worth £500,000.

"It's great committing to the club for the next three years at least. It was an easy decision for me to extend my deal here," Marshall told Cardiff's official website.

He [Mackay] gave me the chance to get back fit and prove myself last summer and I appreciated that I want to be able to repay him now on the pitch and kick on again.

Marshall, who has five Scotland caps, put an injury-hit last season behind him to establish himself as Cardiff's first-choice keeper this campaign.

"I was more than happy to sign it and the process has been quite straight forward from start to finish," Marshall said.

"But the gaffer [Malky Mackay] pulled me not so long ago and told me he wanted to offer me a new deal.

"He gave me the chance to get back fit and prove myself last summer and I appreciated that I want to be able to repay him now on the pitch and kick on again."

The Scotsman got the nod over fellow stopper Tom Heaton for Cardiff's Championship campaign, although Heaton impressed in their run to the Carling Cup final, as the Bluebirds made the play-offs before losing to West Ham in the semi-finals.

Cardiff released Heaton along with defenders Lee Naylor and Paul Quinn after their failure to gain promotion to the Premier League.

"Tom is a number one Championship goalkeeper without question," added Marshall.

"We were very fortunate in that when he came in and played he was fantastic for us.

"But he wants to play and knows that he must be playing first-team football. Whichever club he ends up with will be lucky to have him without a doubt."

A proposed change of club colours from blue to red was greeted by vociferous opposition from some City fans when it was revealed.

That protest has jeopordised investment plans and last week that sparked a lengthy board meeting.