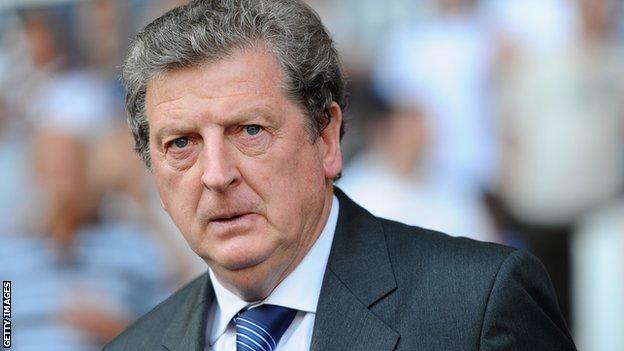 England manager Roy Hodgson has warned his players to behave responsibly or their England futures will be in doubt.

The Football Association will hand out a document to players for guidance.

And Hodgson said: "My message to them is a very simple one. Not only do I expect them to behave as adults, I am going to demand it.

"It's a big responsibility but, if there is anyone who can't take that, then they aren't going to play a big part in my thinking in the future."

Hodgson on why Chelsea win can help England

"It was an excellent Chelsea performance. It's a great success for the whole of English football and let's hope the players take that form to the Euros because if they play like that it will boost our chances. For once it's nice to see we in England can win a penalty shoot-out. That bodes well for the future!"

The 64-year-old has played no part in deciding England should be based in Krakow for the duration of Euro 2012 even though all their group matches are in Ukraine, and he has already scrapped the planned training camp in Spain.

England's base is in a city centre location, meaning that the players will be more visible than if they were staying at a remote base.

In 2010, England were in Rustenburg - two hours north of Johannesburg - after criticisms of their stay in Baaden Baaden during 2006.

Hodgson said: "We aren't back at school. These are people who have an incredible public profile and know, every time they step outside their front door, the eyes of the world are on them.

"There are mobile phones with cameras everywhere these days. You can't escape them.

"But the players are fully aware of their responsibilities."

Krakow is the birthplace of Formula One driver Robert Kubica and tennis player Agnieszka Radwanska.

He has made clear what the consequences are if players misbehave, saying: "They should be aware that, if they do anything they shouldn't, they are not only letting themselves down, they are letting us all down because the criticism will pile upon us all.

"We don't want any repeat of the things that happened to the rugby team but I don't believe imprisoning people is the best way of getting the most out of them.

"We have gone from one extreme to another by being in Krakow. That wasn't my decision but if you give me a situation where the players can go out, have a cup of coffee and see something else other than their room-mates, me and the coaching staff, give me that any day."