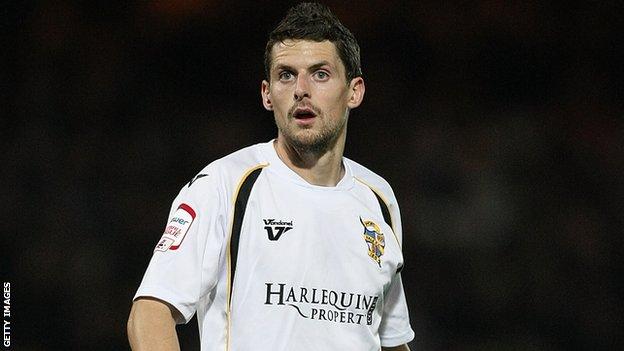 Port Vale midfielder Rob Taylor is one of four players to have signed a new contract at Vale Park.

The 27-year-old, who made 34 appearances last season as Vale finished 12th in League Two, has agreed a new two-year deal.

Vale have given one-year contracts to forward Ben Williamson, 23, who joined on a season-long loan from Hyde last season, and goalkeeper Sam Johnson, 19.

Welsh forward Lewis Haldane has been handed a six-month extension.

The 27-year-old, who moved to the club in 2010, missed most of last season after breaking his leg in August.

Port Vale, who are in administration and expect to be under new ownership by June, have already seen midfielder Anthony Griffith join Leyton Orient and have a large number of players out of contract on June 30.