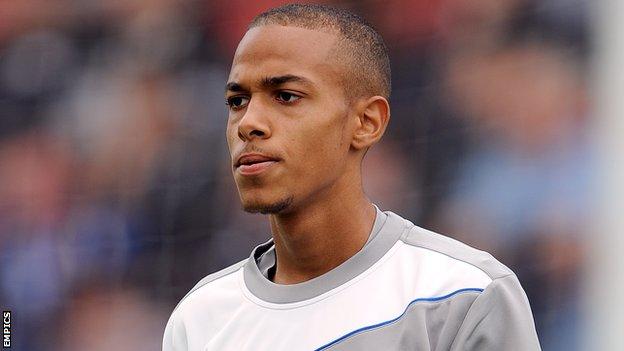 Converted full-back Hubbins, 20, never played a game for Blues but has already made his Blue Square Bet Premier debut.

He made one appearance last season, on loan with Telford's West Midlands neighbours Tamworth in January.

Meanwhile, Telford captain Chris Blackburn and assistant manager Mike Davies have both agreed to stay at the Bucks Head next season.

Blackburn, who joined in January from Stockport, made 19 appearances as the Bucks avoided relegation.

Davies, who replaced Darren Read as assistant manager in January, will continue as Andy Sinton's deputy.

Hubbins, a winger who was converted into a full-back during his final months with Blues, had been on the books since 2003 and also spent half a season on loan at Notts County from August 2010.

He is the first of several new signings lined up by boss Andy Sinton, who last week opted to let eight players go.

Sean Newton joined Stockport County after spending the latter part of the season there on loan, while Kyle Perry returned to parent club Lincoln City and Shane Killock dropped down a division by joining Blue Square Bet North side Harrogate.