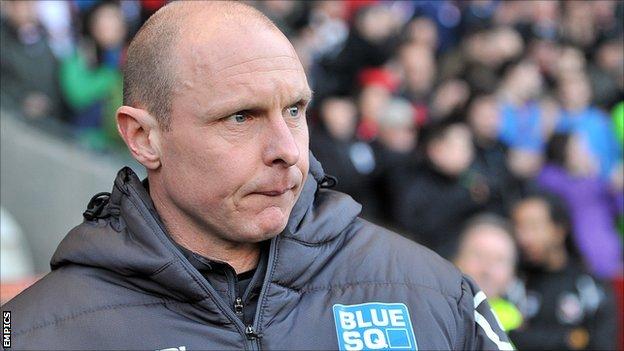 The 40-year-old took caretaker charge of the Quakers for a fourth time last season, in tandem with a head of youth development post.

"He will bring great knowledge and enthusiasm to our academy scholars."

Liddle's latest spell at the Arena ended with the club relegated from the Blue Square Bet Premier, although administration cost the club 10 points and the loss of several first-team players.

However it was with the academy that Liddle has been most successful, helping to develop players such as Curtis Main [Middlesbrough], Josh Gray and Dan Burn [Fulham], as well as much of the squad that featured for Darlington in the final months of the season.